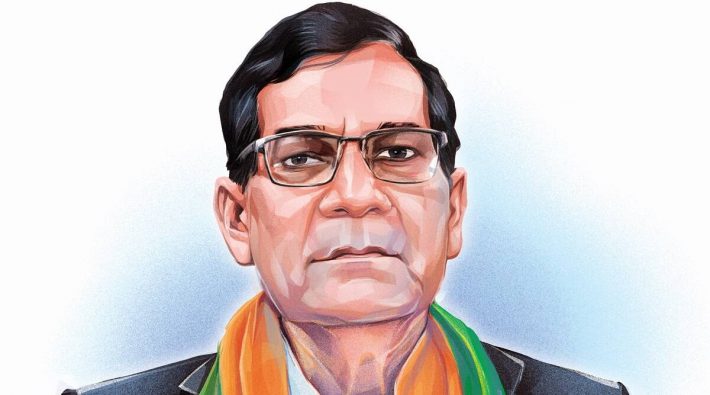 Lucknow: Uttar Pradesh Energy and Additional Energy Resources Minister A.K Sharma held a  public hearing  at district and circle level of each DISCOM recently as per the arrangement of possible portal for redressal of various complaints and problems of electricity consumers. In this, the problems of the consumers were resolved on the spot. During this, complaints of consumers related to billing, meter failure, power supply, low voltage, over-billing and connection etc. were heard.

Energy and Urban Development Minister  A.K. Sharma said that a possible portal has been arranged to solve the problems of the consumers from the root, now every problem will be thoroughly analyzed and solved, so that in future the same problem does not happen to other consumers.

He said that as per the arrangement of Sambhav Portal, public hearing is being conducted every Monday from 10:00 am to 12:00 by the Executive Engineer at the district level and from 03 to 05 pm by the Superintending Engineer at the circle level. Along with this, all the Chief Engineers, Directors and Managing Directors of each DISCOM have also been instructed to inspect the public hearing program on the spot, so that this sensitive work can be done in a better way.

A.K. Sharma has directed that the Managing Director at the Discom level will listen to the problems of the people from 10 am to 12 noon tomorrow and give instructions to resolve them on the spot. Along with this, the quality of public hearings conducted at district and circle level will also be monitored through Sambhav portal. He has directed that all the Managing Directors will follow full sensitivity, integrity and transparency in resolving the problems. Do not complain of discrimination from anywhere.

The Energy Minister said that the complaints which came at the district, circle and discom level would not be resolved. To solve such problems, hearing will be held on the third Wednesday of the month from 12 noon by the Energy Minister himself and the higher officials of the department. He said that with the technology-based system of Sambhav portal, efforts would be made to settle the complaints in a quality manner at the original place and the responsibility of the officers and employees would also be fixed in it. To monitor the work of the two local levels and to settle the remaining cases, tomorrow at 10 o’clock hearing will be held by the Managing Director himself at the level of Electricity Distribution Company (CABVD). This sequence will continue continuously. If public grievances are not collected, and if so, the responsibility can be fixed while resolving them. Such an arrangement has been made.

The cast and director of ‘Family Pack’ share their real-life experiences on guiding ghosts!