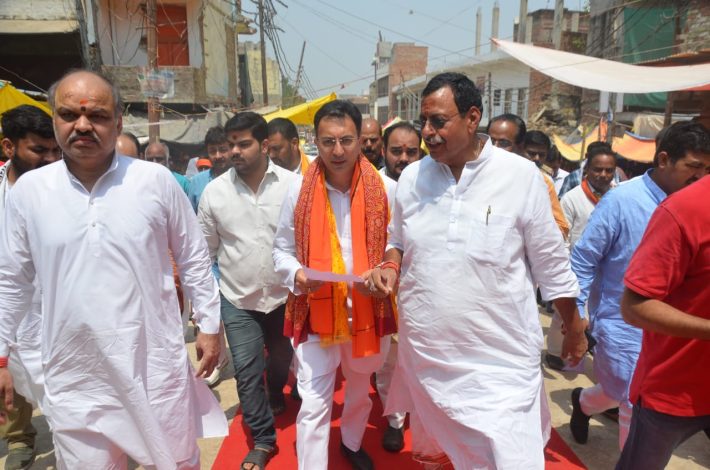 He held a meeting with the officials and said that if any problems arise in the construction of Vindhya Corridor, then they should be resolved immediately after informing the district administration. The PWD Minister inspected the under-construction overbridge in Vindhyachal Shivpur and directed the officials to expedite the work and complete it on time.

He said that the information about the problems arising in other works including roads would be taken from the public representatives and resolved. He said that to stop the erosion due to floods, talks with the officials of the Irrigation Department and find a solution for it.

In a meeting with the officials, the PWD Minister directed that the works under construction should be completed on time with quality. Negligence or apathy in quality and punctuality will not be tolerated. He said that for the development of the district and the state, after consulting the people’s representatives, efforts would be made to include their suggestions in the plan.

He also directed to take effective action to tackle the problem of water logging and jam. While reviewing the condition of rural roads, Prasada said that by running a campaign, action should be taken by preparing an action plan for the widening and repair of roads.

He directed to vacate the encroachments done on the streets and drains and major roads of the city by running a campaign. He said that while completing the under-construction roads expeditiously, he should also be informed about the progress every month. On this occasion, the Superintending Engineer, Executive Engineer, Public Works Department besides other concerned officers of the Public Works Department were present.

In Uttar Pradesh, 2 new cases of Corona reported, while recoveries remain much higher

Winnability high on agenda of Nishad Party as elections near