Lucknow: State Chief Secretary Durga Shankar Mishra while addressing the 60th National Convention of The Institute of Cost Accountants of India (ICAI) said that the rapid development in Uttar Pradesh is unprecedented. After the hard work of the last 5 years, Chief Minister Yogi Adityanath has created such an atmosphere in the state that Uttar Pradesh has emerged as a state of opportunity.

He said that the infrastructure facilities are developing rapidly in Uttar Pradesh. Expressways and airport network is being prepared in Uttar Pradesh. There is a metro network in 5 cities. The country’s first (RRTS) being built in the state will complete the distance from Delhi to Meerut in just 55 minutes via 16 stations.

Durga Shankar Mishra said that the state is second in the country in the ‘Ease of Doing Business’ ranking. Entrepreneurs from the country and abroad are taking interest in Uttar Pradesh. In every sector, whether in defence, textile, IT, electronics, big investments are coming in all the sectors in Uttar Pradesh. Uttar Pradesh is moving fast towards the second economy of the country.

Expressing happiness over the theme of the convention being kept ‘from spirituality to self-reliance’, he said that when the economy of the developed countries of the world was being destroyed due to Covid-19, the health system was responding, then Hon’ble Prime Minister ‘ Called for making a self-reliant India. With this campaign the whole country got connected like Team India. Earlier we were dependent on other countries. Today metro coaches are being manufactured in the country and our country is also exporting to other countries. All the technologies are developing in our country today. Our country is moving rapidly towards self-reliant India.

The Chief Secretary said that on the completion of 75 years of independence, the Amrit Mahotsav of Independence is being celebrated in our country. Hon’ble Prime Minister said on Independence Day on August 15, 2021 that the next 25 years are the nectar period for our country. The journey of Amrit Kaal for the next 25 years is to make the country a prosperous, prosperous, healthy India, which the Honorable Prime Minister has called as New India, Self-reliant India.

He said  spirituality means knowing oneself. Who are we, why have we come, what is our responsibility. We can leave our mark by transforming the purpose for which the Almighty God has sent.

Earlier, the Chief Secretary thanked The Institute of Cost Accountants of India for organizing its 60th National Convention in Lucknow, the capital of Uttar Pradesh. 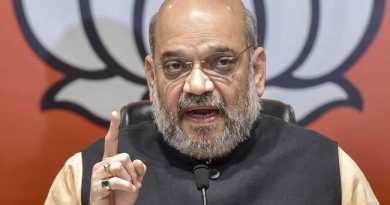