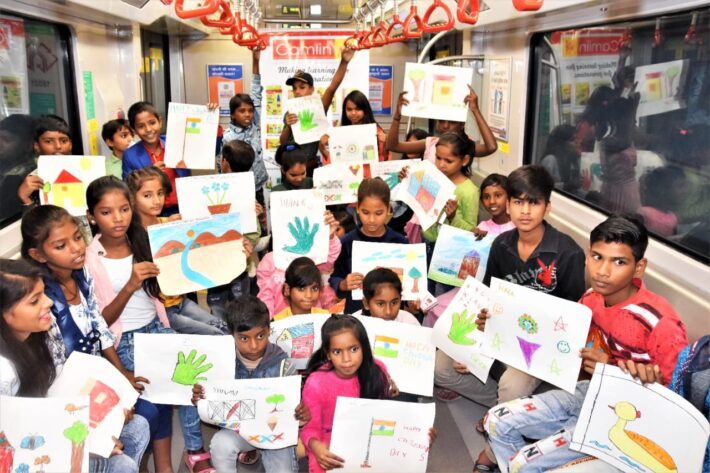 On the occasion of childrens’ day, Lucknow Metro today organised a drawing competition for the undreprivileged children inside moving metro train. A free metro ride was also conducted for around 34 underprivileged children of Robinhood Army. These children were distributed coloring kits inside the train who took a part in the painting competition being organised in association with Camlin & Lucknow Metro.

The painting competition began as soon as train left CCS Airport Metro station and when reached back on its return journey from Munshipulia, the children had completed & submitted their drawings. They throughly enjoyed while taking part in the painting competition and drew various beautiful paintings inside the moving train.

At Hazratganj Metro station, 3 winners amongst children were awarded prizes by Camlin and were also presented books to the participants. A book fair being organised by Repertwahr was also inaugurated by at Hazratganj Metro station today which will continue till 4th December, 2022. Moreover, some stalls were also set up at the Hazratganj on this special occasion exclusively for kids/children to promote local & small scale entrepreneurs.

On the occasion of Children’s Day, the children of schools in Lucknow such as CMS Aliganj and Pathshala-The Global School also took metro train ride. After the metro ride, the children were given an overview of the working of metro at the CCS Airport Metro station along a quick tour of the station premises.

On this occasion,  Sushil Kumar, MD, UPMRC said, “The painting competition held in the moving train today is a testament of how comfortable & convenient the Lucknow Metro journey is. We organized this painting competition for only the underprivileged children so that on this special occasion of Children’s Day, even those little children who have seen metro from distance can get an opportunity to travel in it. Our objective is to make metro accessible to every person irrespective of age, gender & class.” 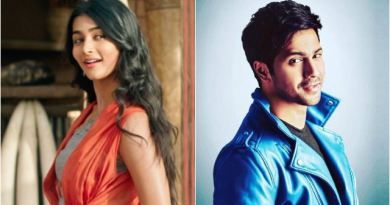 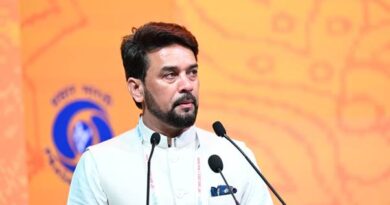