The results of the assembly elections held in five states are in front of you. There was much curiosity on the results of Uttar Pradesh Vidhan Sabha Elections and Punjab elections. Now it is clear that in UP, Yogi Adityanath is going to make a record of becoming the Chief Minister for the second time in a row.

At the same time, Punjab has joined the list of Congress-free states. Arvind Kejriwal’s Aam Aadmi Party (AAP in Punjab Election Result) has played a big game here, whose attempts were made in 2017 itself. Then the exit poll results were not proved correct but this time it has been decided to take oath of Bhagwant Mann.

When the campaign was at its peak in the five states, the leaders had opened the box of promises in front of the people. Priyanka Gandhi had promised scooters to the girls of Uttar Pradesh, Rs 25000 to the corona affected family and 20 lakh jobs. Akhilesh Yadav of Samajwadi Party promised two lakh more jobs to Priyanka. Promised to increase socialist pension, free electricity and old pension scheme. The Aam Aadmi Party went a step ahead and promised a job to one person from every family. But people took it as a hoax. Yes, Punjab definitely reposed faith in Arvind Kejriwal’s model similar to Delhi.

It is clear from the election results that people have put blank promises aside. Due to the tremendous media penetration, people from village to village know which promises can be kept and which cannot. So the voters supported reality. Otherwise Tejashwi Yadav, who fought unemployment as the main issue, would have won the Bihar elections in 2020 itself when he too had promised 20 lakh government jobs. The model of winning elections by giving TV sets has been limited to South India anyway. The ideology of the party has also been useful in the politics of the north. In this context, Yogi’s social model has won in Uttar Pradesh. People reposed faith in Arvind Kejriwal’s model in Punjab. That is because Kejriwal has implemented the model by running the government in Delhi, which the opposition has called free or cheap politics. However, this recipe did not work in UP because neither ideology could bring people closer nor could there be faith. Same was the case with Congress, Samajwadi Party and Bahujan Samaj Party.

In Uttar Pradesh, the power of the Panna Pramukhs of the Bharatiya Janata Party took the party’s slogan of Hindutva and Sabka Saath Sabka Vikas from door to door. On the other hand, the kind of Ramrajya concept put forth by Yogi Adityanath on Deepotsav was seen live by the poor. The foundation stone of the grand temple of Ramlala has been laid. Kashi Vishwanath Corridor is the truth. No promises to the public. Similarly, on the occasion of Diwali, Yogi extended the Pradhan Mantri Garib Kalyan Anna Yojana till Holi. Under Antyodaya, apart from 25 kg of food grains to the poorest of the poor, Yogi also distributed one kg of cooking oil and one kg of salt and sugar. The people have given the return gift of the Diwali gift given by Yogi to 15 crore families of UP before Holi.

Yogi, who was facing the charge of Corona mismanagement, provided cash financial assistance of one thousand rupees each for two months to five crore laborers of the state. Apart from this, farmers were also getting assistance of six thousand rupees in a year from the Prime Minister Kisan Samman Nidhi. Expressway, Medical College, Airport in the cities and these public welfare schemes gave an edge to Yogi in the villages.

Women and youth liked the law and order model of Yogi, who adopted the policy of thok do. If the Aam Aadmi Party is going to form the government in Punjab, then Kejriwal’s model has worked there too. The situation changed after the peasant movement. Arvind Kejriwal took advantage of this. He tried to catch the pulse of the farmers by putting forward a twenty-point agenda. The promise of providing 300 units of electricity free has worked. But because it has happened in Delhi. On the emotional issue of sacrilege, he also said that strict laws would be made for this. This is an issue for which the anger of the people of Punjab had erupted on both the Congress and the Shiromani Akali Dal. 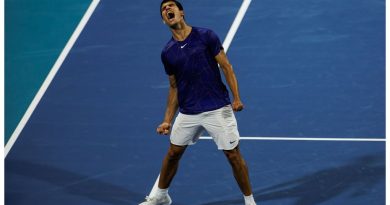 Stay positive to make sure you beat Corona stress well