Kanpur: The general meeting of the Uttar Pradesh Chess Sports Association was convened at Lollipop School, Govind Nagar. Many important decisions were taken in this meeting held under the chairmanship of Chief Entrepreneur of the state and President of Uttar Pradesh Chess at Sports Association, Sanjay Kapoor. Union General Secretary  AK Raizada informed that the important scheme of All India Chess Federation was discussed for implementation of Chess in School in the state and a program was prepared.

Raizada said that through this program, we plan to connect urban schools as well as rural school children with chess. Personality development of children through chess is our priority. He emphasized that in this Corona era, chess is the only game that can be played online and gives opportunities for personality development to the children, hence the responsibility of the chess association also increases.

He said that all our district units are fully prepared to fulfill this responsibility. President of Uttar Pradesh Chess Sports Federation, Dr. Sanjay Kapoor, who is also currently the President of All India Chess Federation, said that an online tournament of one lakh cash prize money is being organized to increase the Chess in School program. Which will be inaugurated on 02 August 2021 in the afternoon. He told that our target this year is to connect one lakh children with the game of chess. We will connect urban and rural school children as well as slum dwellers and out-of-school children with the game of chess.

In this context, one pilot project each is being run in Bareilly and Ballia districts. After its satisfactory results, this scheme will be implemented in the entire state. Dr. Kapoor directed all the district units that all the schools of every district should be connected with online chess game.

In the meeting, Raizada presented the details of the income and expenditure of the last financial year and along with the review of the programs presented the annual report of the secretary. At the end of the program, General Secretary Raizada thanked the office bearers of all the district units present.

WHO gives Yogi Government’s COVID Management a Thumbs Up 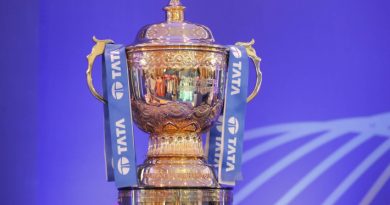