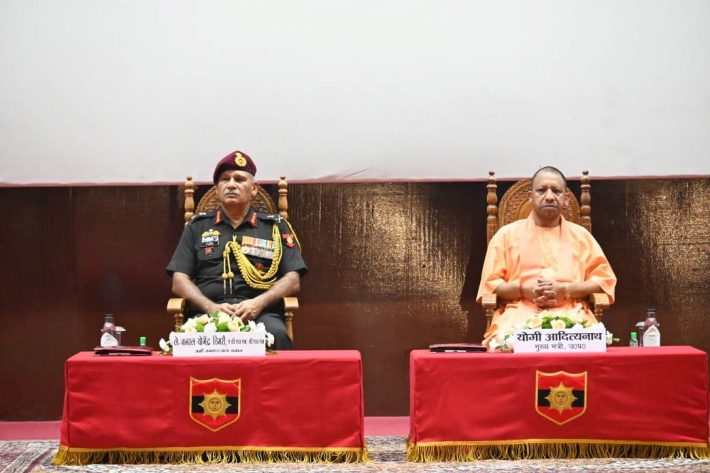 LUCKNOW: Among the different facets of celebrations of Azadi Ka Amrit Mahotsav, we as a nation are commemorating 75 years of Independence by remembering our glorious history, culture and achievements. It is our onerous duty, on this sacred occasion, to remember those who have made immense sacrifices for upholding the safety, territorial integrity and security of this glorious nation.

Towards this hallowed calling, the Hon’ble Chief Minister of Uttar Pradesh, Shri Yogi Adityanath paid homage to the unflinching fortitude and supreme sacrifice of Soldiers of Indian Army by laying a wreath at Smritika, the War Memorial of Surya Command on 13 August, 2022. The CM also paid floral tributes at the Sacred Wall at Smritika, which bears the names of our fallen heroes who made the supreme sacrifice for our nation. Senior Military officers and soldiers were present at the impressive ceremony to honour the Bravehearts. Following this, the Chief Minister felicitated 16 gallantry awardees and Veer Naris in a solemn yet grand ceremony at Lucknow Cantonment.

Speaking on the occasion the Chief Minister paid homage to the bravery of soldiers of Indian Armed Forces and their families. He said that as the nation approaches 75 years of Independence, every citizen is filled with patriotic fervour and the spirit of nationalism. He added that the commitment of our soldiers to the nation is akin to the spirit of our brave freedom fighters who laid down their lives for India’s independence. The Chief Minister said that various programs are being organised throughout the nation as part of Azadi Ka Amrit Mahotsav such as the Har Ghar Tiranga Campaign, rallies and renditions of patriotic sings which is connecting Indians from all walks of our life to this Amrit Mahotsav. He added that every Indian is feeling proud to connect with Azadi Ka Amrit Mahotsav, commemorating 75 years of our nation’s independence.

The Chief Minister hailed the emergence of a new India, which is now the fastest growing economy in the world, and has taken its place on the world stage. In the field of defence, India is making progress towards achieving the goal of an Aatmanirbhar Bharat. Shri Yogi Adityanath said that not only have our brave soldiers protected the sovereignty and integrity of our nation, but have also been ready to protect world peace when called upon to do so. The Chief Minister applauded the work of the armed forces during natural disasters, saying that this role has created respect in the armed forces. He said this reflects that while the armed forces face every threat to our nations with strength, they are as sensitive to the plight of our citizens during natural disasters and come forward to contribute willingly.

Emphasising the commitment of the state administration to our soldiers and veterans, the Chief Minister informed of various initiatives undertaken for their welfare such as a defence helpline in the state to assist men and women of our armed forces, honouring our soldiers and veterans under Azadi Ka Amrit Mahotsav, supporting families of armed forces personnel who have sacrificed their lives and building of memorials and naming of roads in the home districts, after our bravehearts from Uttar Pradesh, who have made the supreme sacrifice. Shri Yogi Adityanath ended his address by enumerating various initiatives, including those in the field of defence in UP such as the UP Defence Industrial Corridor, which are giving a push to Aatmanirbhart Bharat.

Later, while interacting with the gallantry award winners, Veer Naris and Veterans, the Hon’ble Chief minister expressed his gratitude towards their sacrifice and service to the nation. Speaking on the occasion, Lt. General Yogendra Dimri, General Officer Commanding-in-Chief, Surya Command reaffirmed the commitment of the Army towards the welfare and well-being of our esteemed veterans and Veer Naris.

UP Chief Secretary  D.S. Misra, senior officers of the armed forces and civil administration and families of armed forces personnel and veterans were also present at the ceremony 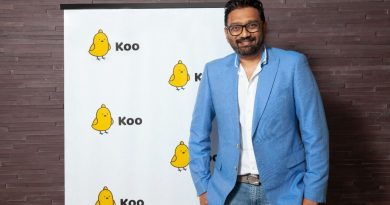 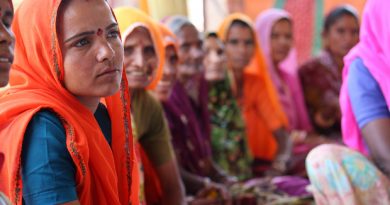 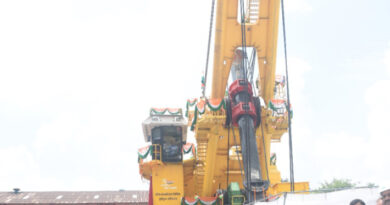 Lucknow: Amidst reports of Omprakash Rajbhar’s closeness with the BJP after parting ways with the Samajwadi Party, the state’s Deputy