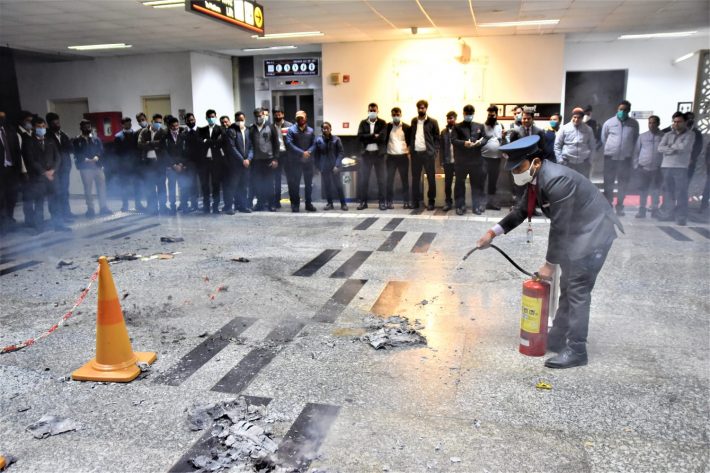 Lucknow: Uttar Pradesh Metro Rail Corporation Limited conducted a special fire mock drill at Sringar Nagar Metro Station during the intermittent night of 25th February, 2022 after the completion of revenue service hours  to assess its preparedness for checking passenger’s safety in case of such emergency /exigent situations in Metro.

Different scenarios were recreated in real time to depict the scene of fire incident, monitor the casualties and mitigation efforts to be adopted to avert and control such types of major fire hazards.

All the concerned Metro staff deployed for smooth conduct of the drill included senior fire officer, staff from operations department, on duty Station Controller, CRA (Customer Relations Assistant) and the security personnel who extended their support in the drill.

The fire mock drill commenced only when all the passengers had exited the station after closing of the revenue hours and all the safety measures were adhered to. UPMRC, Managing Director, Kumar Keshav said such exercises spreads the message of  “Passenger Safety” as the topmost priority thereby motivating the passengers to use Metro for commutation and daily travel.

Freddy is back with a bang