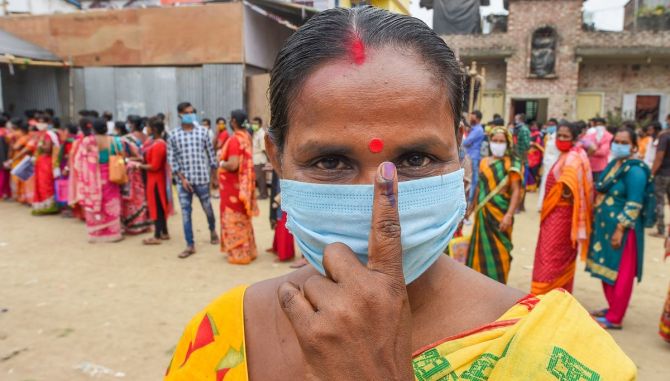 Lucknow: Polling for the Uttar Pradesh Assembly Election 2022 has been completed in five phases and for the sixth phase, votes will be cast on March 03. For which the election campaign has ended from 5 pm today (Tuesday 01 March). The Election Commission has completed all the preparations for the sixth phase of elections. Now only the sixth and seventh phases of voting are left in UP.

State Chief Electoral Officer Ajay Kumar Shukla said that in the sixth phase, on March 3, voting will be held in 57 seats in 10 districts. The districts where elections are to be held are Ballia, Gorakhpur, Balrampur, Deoria, Kushinagar, Siddharthnagar, Sant Kabirnagar, Maharajganj, Basti and Ambedkar Nagar. Over 2.14 crore voters of these districts will decide the fate of 676 candidates.

With the end of campaigning for the sixth phase on the evening of March 01, the borders of other districts and states connected with these 10 districts will be sealed. Also, the vigil on the borders will be increased further. All licensed shops of liquor, beer and cannabis will be closed in all these 10 districts. These shops will open only after the polling is over.

Radhika Madan wishes her captain ‘Vishal Bharadwaj’ on his birthday, thanks him for being himself