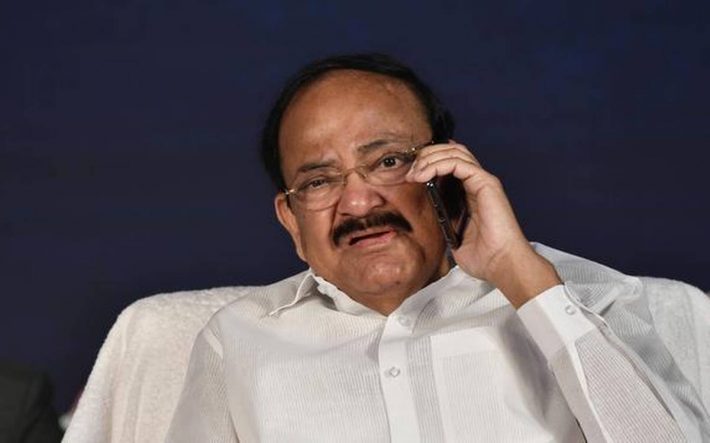 Kerala: The Vice President, M. Venkaiah Naidu today stressed the need to improve financial literacy among the masses and urged the professionals like Charted Accounts to work in this direction by explaining financial rules and regulations in simple and easy language for the larger benefit of the public.

Addressing the gathering at the foundation stone laying ceremony of the ICAI Bhawan, Ernakulam in Kerala  the Vice President observed that one has to deal with many complex rules and regulations while dealing with subjects like accountancy and finance in day to day life. In this regard, he appreciated the government’s efforts for easing the business environment through reforms such as GST and urged the CA professionals to play a proactive role in this regulatory transformation, right from the policy making process to its grass root implementation.

The Vice President said that Charted Accounts have an onerous responsibility in guiding the business community to follow the rules and regulations. Observing that a few black sheep bring bad name to whole business community, he advised the students to work hard, be disciplined and follow rules. “If you have caliber and capacity, and add character to it, you can excel in any field,” Naidu said citing the example of nurses from Kerala who have earned a good name all over the world with their hard work.

Lauding the role of Chartered Accountants in the economic advancement of the nation, Naidu called them ‘proud partners in nation building’. Noting that with the changing times, come newer dilemmas for their profession, he exhorted them to demonstrate ethical choices, values, and practices in decision-making.

He said that with hard work and dedication of its staff and members, ICAI has emerged as one of the most respected institutions in the field of education and professional excellence. Praising ICAI for becoming the second largest Accounting Body in the world, Shri Naidu expressed happiness over the fact that approximately, 27.85 % of its members are ladies and 42.30% of students are girls. “It is a healthy trend and must be sustained,” he added.

Praising the Ernakulam branch of ICAI for its yeoman service over the last 54 years, the Vice President hoped that the proposed building would cater to the academic and professional needs of the students in the region.

Calling Chartered Accountants among the most sought-after professionals in the field of finance, accounting and auditing, Naidu wanted them to remain abreast of the latest developments in their field including new technologies. “The New Generation Chartered Accountant has to be extremely tech- savvy, adaptive and receptive,” he said.

Reiterating that the ultimate aim of all technologies and all professions is to make people’s lives happier and more comfortable, the Vice President mentioned the example of how JAM trinity and DBT have transformed the lives of the millions of poor in our country. “It has plugged leakages in various government schemes and has made service delivery efficient and hassle-free for the people,” he said.

Reaffirming that the Indian economy is recovering fast from the unexpected setback caused by COVID-19, Naidu opined that in the post COVID scenario, the country can demonstrate a new saga of enterprise attracting the whole world with multiple strengths. “While the Government works with long term vision and absolute commitment it is essential that organizations like ICAI align with that thinking,” he said.

Referring to the ongoing ‘Azadi Ka Amrit Mahotsav’ to commemorate 75th  year of Indian independence, the Vice President called upon everyone to join this national campaign and make this a people’s movement fuelled by the spirit of Atma Nirbhar Bharat.

Bringing out the emotional side of laughter queen, Maniesh Paul offers a glimpse into his conversation with Bharti Singh 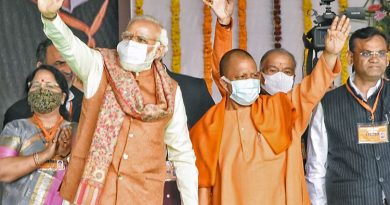 As BJP reorganizes structure in U.P., Sunil Bansal set to get a bigger national role