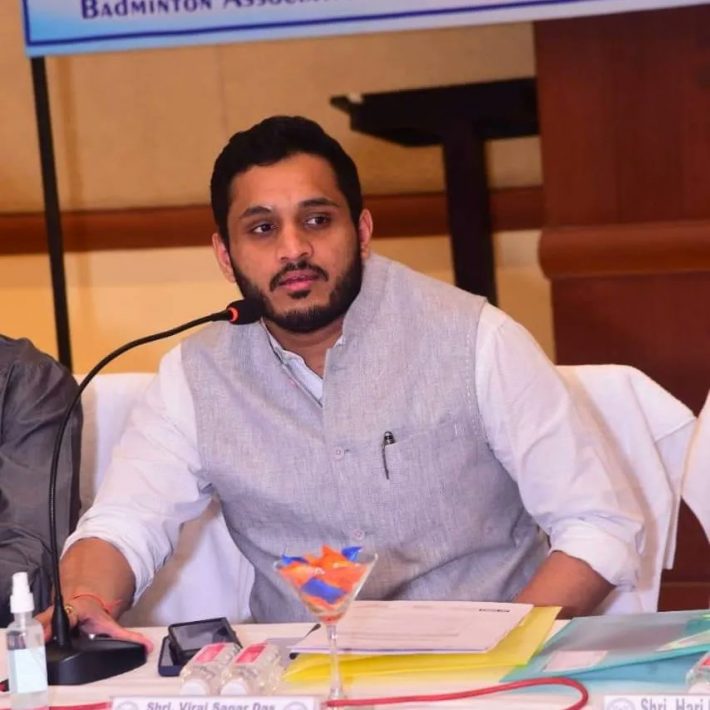 Lucknow: Viraj Sagar Das has been re-elected unopposed as the chairman of the Uttar Pradesh Badminton Association in the annual general body meeting held at Hotel Fortune Park BBD for the next four years (2022-26) executive elections. With this, Dr. Navneet Sehgal has been re-elected as the President. On the other hand, outgoing treasurer Dr. Sudharma Singh was elected to the post of secretary. The outgoing secretary Arun Kakkar was elected as the vice-president.

Anand Khare was elected to the post of Treasurer. With this, all the posts in the Executive Committee were elected unopposed. It was supported by all the members with enthusiasm. The election results were announced by Shri Harimangal Singh (Retd. District Judge). In the newly elected executive committee, 14 vice-presidents, 9 associate vice-presidents, eight joint secretaries, 15 executive members and 14 co-opted executive members have been elected.