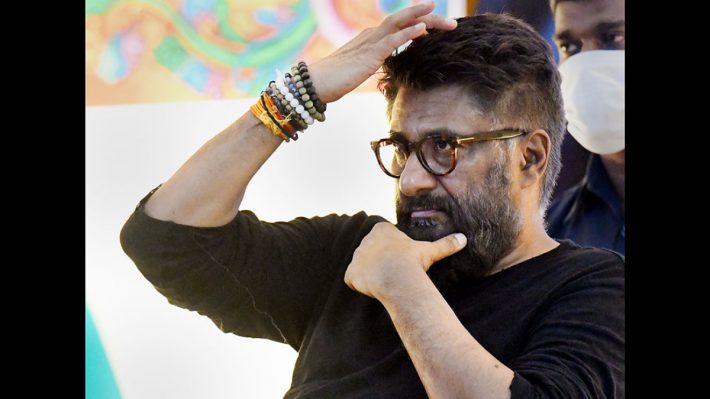 Mumbai: After making a cult movie, ‘The Kashmir Files’ that has taken the whole nation shaken up with its impactful subject, Vivek Ranjan Agnihotri is on his way to bringing a yet another intriguing topic on the greatest achievement of The Indian Council of Medical Research. The director hints at the same on his social media which has flooded the internet with questions from Netizens asking when the shoot will start? What is the movie about? Who will act in the film?

While taking to his Twitter handle, Vivek shared a post marking his inspiration to make a film on the greatest achievement of Humanity by ICMR who made the vaccine in the shortest time and now has achieved the milestone of 200 Vaccination. The director wrote the caption –

“I am highly inspired to make a film on this greatest achievement of Humanity. I am also very proud that Bharat did it. Should I make it? If I do, what should be the title? #200CroreVaccinations”

I am highly inspired to make a film on this greatest achievement of Humanity. I am also very proud that Bharat did it.

Should I make it? If I do, what should be the title? #200CroreVaccinations https://t.co/Yw8GPN3FL7

It is important to note that earlier the director also shared a post marking the big achievement by ICMR to develop the COVID vaccine without much resources and which is for the greater good of society. He simultaneously thanked PM Narendra Modi for his leadership.

“A big SALUTE to the scientists of @icmr_niv, who without much resources, made the vaccine in shortest time. A big SALUTE to
@narendramodi for his dynamic & decisive leadership without which it wouldn’t have been possible. A big SALUTE to frontline workers. #200CroreVaccinations”

The Indian Council of Medical Research (ICMR) has done a commendable job of completing 200 Cr. vaccination of which 99% are manufactured in India.

Moreover, Vivek Ranjan Agnihotri is fearlessly traveling places to leave his mark with a visionary initiative ‘Humanity Tour’. The director also met Annika Klose Member of Parliament, Berlin, SPD party at the German Parliament in Berlin, and was seen sharing his experience with his fans.

Why this temple in Mathura holds importance for the saffron force

This year too, budget to be paperless with traditional sweet replacing Halwa ceremony