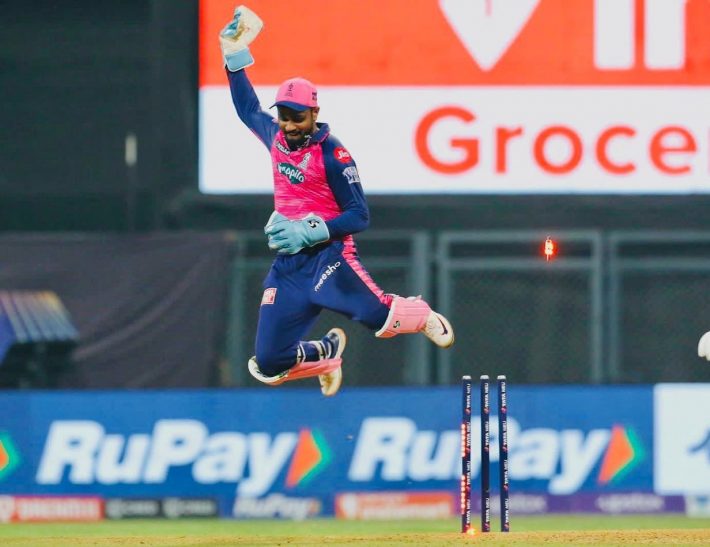 Mumbai: It has been a great season for the Rajasthan Royals fans. After a long wait of 14 years, Rajasthan Royals stormed into the final of the Indian Premier League 2022 after Sanju Samson-led side had a seven-wicket victory over Royal Challengers Bangalore in Friday’s qualifier in Ahmedabad.

Rajasthan Royals has shown exemplary performance throughout this season under Samson’s amazing captaincy. Samson’s brand of cricket is unique, and he has proved it again and again. Recently, an interview with Gaurav Kapur on ‘Breakfast With Champions’ went viral on Twitter where Samson spoke of keeping a positive outlook irrespective of the setbacks that come his way. The RR captain added that he wanted to make an impact on the team and scoring lots of runs wasn’t something he is focused on as of now. “I am not here to score lots and lots of runs… I’m here to score a small amount of runs which are very effective for the team” said Samson during the interview.

Against Gujarat on Tuesday, Samson was timing the balls very well on a first-innings pitch. He could have scored big if he wanted it. Instead, he took it upon himself to take some pressure off Buttler’s shoulder and allowed him to carry on into the slog overs. Samson scored a quickfire 47 off just 26 in the match. In the last playoff, he contributed the much-needed 23 off 21 balls which didn’t stopped the flow of runs after Jaiswal’s wicket and made path for Buttler to score big runs.

Recently, Sangakkara appreciated Samson’s passion and his ‘hunger to take on this testing role of captaincy’. We have seen how his tactical awareness has improved throughout the season. He trusted his team, and in return, the team looks up to him as a leader.

As a captain, in Samson’s mind, there is no stigma attached to risk-taking. And at Rajasthan Royals, his mindset works perfectly with his role, which is different from that of most top-order Indian batters who captain their franchises.

Throughout the season, he has taken calculated risks and succeeded in most of them. It will be interesting to see what captain Samson plans to do in the final match. It is not easy to lead a pack with vivacious players like Ashwin, Chahal, Jos Buttler, and Trent Boult along with the youngsters like Prasiddh Krishna and Yashasvi Jaiswal; but Samson has done it quite well.

A few days ago, Irfan Pathan has called Samson ‘Khatron Ke Khiladi’ and ‘one of the best young captains in IPL’. Netizens are consistently showering their praises and support on the inaugural champions. Earlier the Twitterverse erupted as soon as Buttler smashed his fourth century in this IPL and get Rajasthan to get into the final.

It will be a do-or-die situation for both teams in the final match of the season. Buttler with 800-plus runs is to fight Ferguson and Yash Dayal. Will Samson take any risk with Rashid Khan? What tactic will he use with willy Chahal and experimental Ashwin?

The anticipation is quite high. Fans and cricket lovers are surely going to remember this match for ages to come.!!!