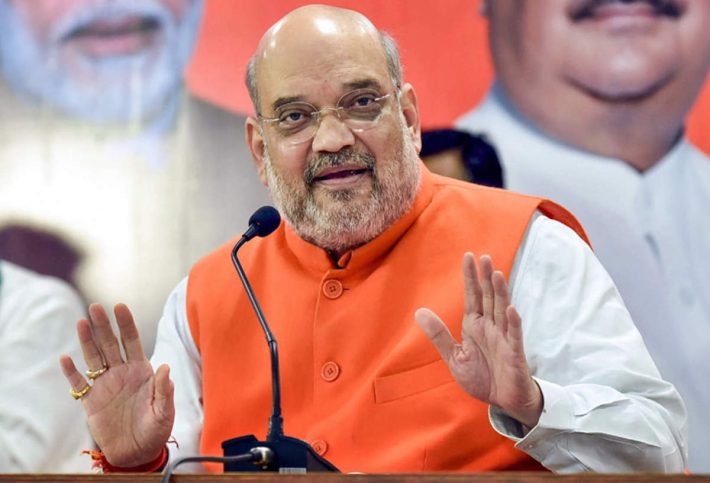 Guwahati: Union Home Minister Amit Shah is on a two-day visit to Assam. The Home Minister addressed a rally in Guwahati on the completion of one year of Chief Minister Himanta Biswa Sarma’s government. Before the address, Shah also presented the ‘President Color Award’ to the Assam Police.

Shah further said that the Assam Police stood against the problem of militancy to maintain constitutional order. The police jawans faced guns with guns and brought the distracted youth into the mainstream. AFSPA removed from 13 districts Amit Shah said that the areas under AFSPA in Assam have been reduced. We will ensure that AFSPA is removed from all areas of the state.

He said that AFSPA was implemented in Assam in the 1990s and it was extended 7 times. 13 districts of the state have been made AFSPA free under PM Modi’s 8 years rule, while it has been removed from more than 60% area of ​​Assam. ‘President Color Award’ given to Assam Police Amit Shah on Tuesday presented ‘President Color Award’ to Assam Police. Assam has become the tenth state to achieve this feat. The honor was given to the Assam Police for its exceptional performance in combating insurgency, controlling crime, maintaining law and order and ensuring safety of life and property of citizens.