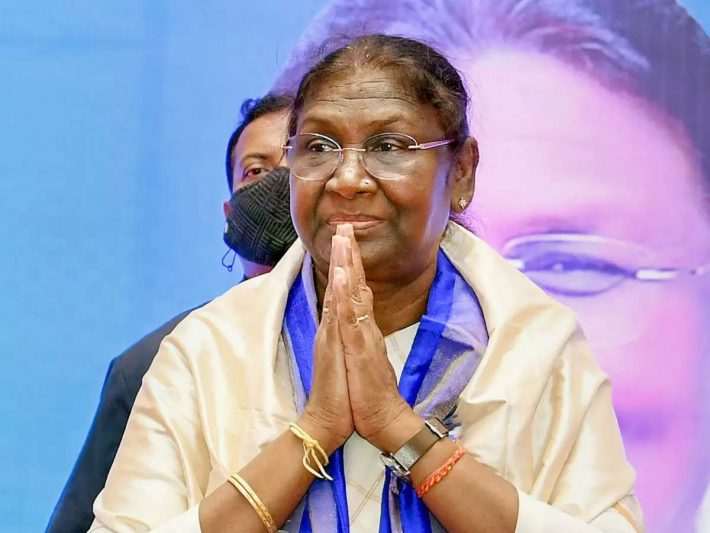 Lucknow / New Delhi: The election of Droupadi Murmu as the 15th president is a moment for the country to celebrate. In the end, it was not just that the BJP-led NDA, which selected her as its candidate for the post, but it was more, that Murmu’s candidature for the country’s highest constitutional office was so compelling. The idea of the first tribal president, only the second woman to be elevated to the high office, drew support not just from the NDA, but also from the several parties of the Opposition too. Not only BJP supported Murmu, but also parties like the JMM, Shiv Sena and SAD, voted in favor of her. TDP and YSRCP, pledged their vote to her points not just to shifting political interests and alignments but also to the fundamental irrefutability of Murmu’s candidature.

This is a rare moment when woman and nation partake of and complete each other’s story. President-elect Murmu’s journey against odds mirrors the trajectory of her country’s democracy and testifies to its uplifting possibilities. The young girl who became the first to go to college in her village in district Mayurbhanj, in one of the poorest regions of the country; the school teacher who stepped tentatively into politics and began an arduous trek, from councilor in Rairangpurnagar panchayat to two-term MLA in the Odisha assembly and then minister in the BJD-BJP coalition government; the first woman governor of Jharkhand -President-elect Murmu has drawn an arc that is as vivid as it is inspiring.

The office of president is circumscribed by its constitutional limits. As head of state, the president of India acts on the aid and advice of the elected council of ministers, and has been known to exercise discretionary powers only in extraordinary situations, as after an election in which no party has won a majority.

And yet, at the same time, amid the swirl of political currents, the president can be a reassuring figure, embodying the essential stability, the continuous and unified core of the nation. The presidential office will be burnished and enriched by President-elect Murmu’s story. Just by being there, she will bring the highest office of the land closer to the country’s most marginalized people. As she takes oath on July 25, it will be up to her-to  leave a legacy that does justice to the powerful promise of her elevation.

Lucknow: In what comes as an incredible achievement ahead of the Independence week celebrations in the state, Uttar Pradesh crossed