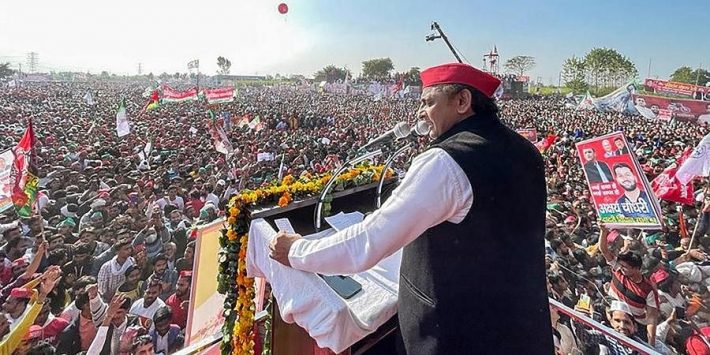 Lucknow: Whatever the election results, this election season for Akhilesh Yadav has been completely different from the last time. He displayed more strategic skills this time. Tried to distance himself from the issues due to which he was voted out of power last time. From election manifesto to candidate selection and from raising issues to campaigning, he was seen doing better earlier. Now the results will show how successful this whole exercise was.

This time he kept all the command in his own hands.

The command of SP could have come in the last assembly elections, but at that time many decisions were dominated by the shadow of controversy. This time the atmosphere was different.  The alliance partners also decided themselves. His decision in ticket distribution was final. Kept family members away from it. Didn’t even give tickets.

Brought Shivpal along, but Aparna left the party

At the time of elections, the SP had to make a lot of effort while forming an alliance. But questions about uncle Shivpal Yadav were often asked. He answered all the questions by bringing them with him and convinced him by giving him a seat. But Mulayam Singh Yadav’s younger daughter-in-law Aparna Yadav, who had fought from the SP last time, has joined the BJP this time.

Will alliances with smaller parties be successful?

Last time SP’s mission 2017 with Congress was not successful. After two years the alliance with BSP also failed. Taking a lesson from this, he took BJP’s ally SubhaSP along and made him a partner of RLD. Knowing the importance of the vote bank of other small parties, they were also included in the alliance.