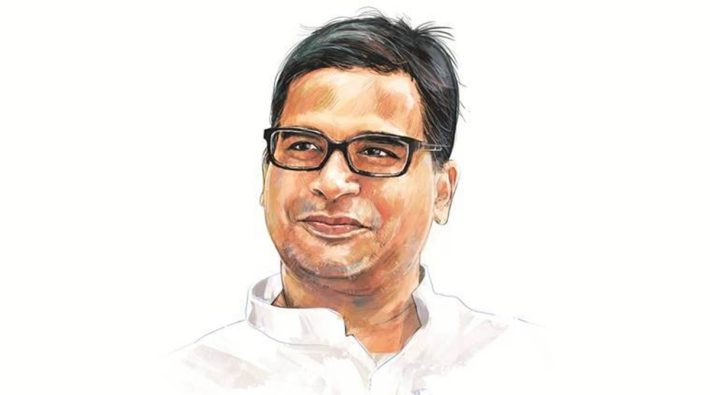 New Delhi: Congress is once again in touch with election strategist Prashant Kishor after the defeat in the assembly elections of five states. PK has already met with the top leadership of the party and both the sides are more positive than last year. In such a situation, it is believed that Prashant Kishor can handle the responsibility of campaigning as a leader from Congress in Gujarat and Himachal Pradesh assembly elections.

A senior Congress leader said that Prashant Kishor wants to work with the party as a leader rather than an election strategist. Even before this, he had once expressed his desire to join the party, but due to some reasons at that time things could not work out. Sources say that Prashant wants to work on the 2024 election strategy with Gujarat and Himachal by joining the party.

Prashant Kishor had met Congress President Sonia Gandhi in September last year. After this, there were speculations that the party might hand over the responsibility of elections by appointing him as the General Secretary. But the party leaders at that time were of the opinion that instead of making Prashant the general secretary of the party, instead of handing over the full responsibility, he should also be kept in the role of advisor. So the conversation was over.

In three of the five states held this month, the Congress was in a direct contest with the BJP. The party had to face defeat in these three states – Uttarakhand, Goa and Manipur. In Gujarat and Himachal Pradesh too, the party is fighting with the BJP. In the 2017 elections, the Congress had improved its performance. But the Gujarat Congress organization has weakened in the last five years. The morale of the party workers has gone down. In such a situation, the need for an election strategist is being felt within the party.

Prashant Kishor is an expert in catching the pulse of elections. His successes have given him a status. He is in a bargaining position. In such a situation, he can negotiate with the party leadership about his position before starting work with the Congress. A leader said that if he joins the party, he will remain together till 2024 elections.

Kanoogolu’s help
In the Karnataka assembly elections, Congress is taking the help of election strategist Sunil Kanugolu. Kanugolu started working with the party a month back. Kanugolu and Prashant Kishor have worked together in the year 2014 at Citizens for Accountable Governance. Kanugolu has been working for the BJP for a long time even after Prashant parted ways with the BJP.

interested in politics
After the victory of Trinamool Congress in the West Bengal assembly elections, Prashant Kishor had announced that he would not do any work as an election strategist. He is keen to get into politics.

Tweet after election results
After the victory of the BJP in four of the five states, Prashant Kishor had made a tweet about the Lok Sabha elections. In this tweet made on March 11, he had said that India’s battle will be fought in 2024 and not in any state elections. Sir you know this. Therefore, to create a decisive psychological pressure on the opposition, the results of the states are cleverly linked to the Lok Sabha.

Prashant Kishor has worked with