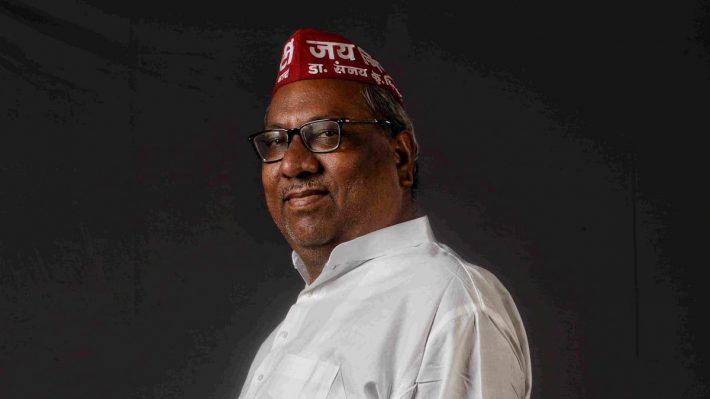 Lucknow: Nishad Party President Sanjay Nishad has claimed that his party will contest elections in 15 assembly constituencies in Uttar Pradesh as part of an alliance with the BJP. Sanjay Nishad said that the seats are yet to be finalised. He will meet senior BJP leaders  to finalize the constituencies from where the party will field its candidates.
“We have got 15 seats (out of 403 seats) to fight in alliance with BJP. The seats are almost final. Most of the seats are in ‘Purvanchal’ (East Uttar Pradesh) and some are in Western Uttar Pradesh. We want to change because of changing equations. We are focusing not only on the seat but on ‘win’.” However, BJP leaders refused to comment on Sanjay Nishad’s claim and a party functionary said, “We are not aware of this seat-sharing as no such information has been given to us till now.”

Nirbal Indian Shoshit Hamara Aam Dal, and Nishad Party, was formed in 2016 and its leaders claim the support of the Nishad community. Sanjay Nishad said that his party has created a cadre base in the entire state and it has great influence in the districts of Gorakhpur, Ballia, Sant Kabir Nagar, Ambedkar Nagar, Jaunpur, Bhadohi, Sultanpur, Faizabad, Chitrakoot, Jhansi, Banda, Hamirpur and Etawah. .

The party fielded 100 candidates in the 2017 assembly elections in alliance with Peace Party of India, Apna Dal and Jan Adhikar Party, but could win only one seat in Gyanpur in Bhadohi district. Sanjay Nishad, now a member of the Legislative Council, had contested the last assembly election from Gorakhpur Rural and came third.