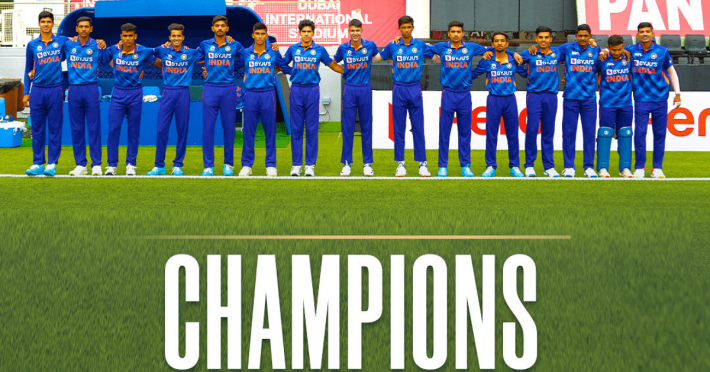 New Delhi: The Indian cricket team has won the ICC Under-19 World Cup title for the record fifth time. The team led by Yash Dhul beat England by 4 wickets with 14 balls to spare in the final played at the Sir Vivian Richards Stadium in North Sound, Antigua. The Board of Control for Cricket in India (BCCI) will felicitate the Indian team that has hit the title punch on its return home. The BCCI had on Sunday announced a cash prize of Rs 40 lakh for each member of the team, while Rs 25 lakh for each member of the support staff.

After winning the Under-19 World Cup, the Indian team left for Antigua for Guyana, where the team met the Indian High Commissioner. There is not much time to celebrate the success in West Indies and the team will leave for a long tour to India on Sunday evening. The team will reach Ahmedabad via Amsterdam and Bangalore, where the BCCI will felicitate them. The Indian senior team is also currently playing a three-match ODI series against West Indies in Ahmedabad. The senior team is in a bio bubble and it is not yet known whether the U-19 players will get a chance to interact with the senior cricketers. According to news agency PTI, the BCCI official said, “The boys had a very busy schedule and they got very little time to rest. After reaching India, he will get some chance to rest.

After reaching Guyana, the Indian High Commissioner honored the KJ Srinivas team. After winning the final, the team left Antigua for Guyana, where they were honored by Indian High Commissioner KJ Srinivas who is a fan of cricket. Despite being tired, the Indian players posed for pictures with former West Indies fast bowler Sir Curtley Ambrose, who was present at the ceremony. 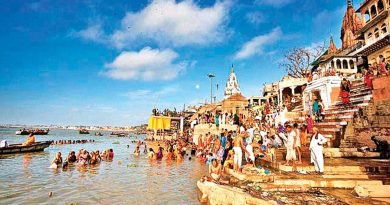 Jitendra Singh Tomar, says quitting was never his option, he knew that his efforts will pay him back

Transformed and Reformed UP: CM Yogi Adityanath on four years of BJP rule