Lucknow: With the onset of summer vacations, the demand for tourists going to the mountainous areas has increased. Its effect is clearly visible on trains and airlines. While the waiting list in trains is increasing rapidly, flight fares to Chandigarh and Dehradun have also become very expensive.

Railway administration is going to install additional bogies to give relief to the passengers troubled by the waiting list. On May 29, additional coaches of Sleeper and AC III will be installed in Lucknow Junction-Kathgodam Express.

On 29th and 30th May and 2nd June, the waiting has been regressed in the AC third of the Dehradun going Janata Express. Whereas from May 31 to June 17, the waiting list is a lot. Similarly, there is a large number of waiting lists in AC second as well. The biggest problem is being faced by the sleeper class passengers. The waiting of sleeper class continuously till June 4 has been regressed. After the shifting of Doon Express to Rishikesh, now the only train from Lucknow to Dehradun is Janta Express every day.

Tourists travel by Chandigarh Superfast Express to reach Shimla and Manali. In this train also the waiting of sleeper class is 150 and the waiting of AC class remains between 35 to 40. Those going to Nainital have also started reservation in Kathgodam trains. Waiting has started increasing in chair car, sleeper and AC class of Lucknow Junction-Kathgodam Express. Apart from this, waiting time in Sleeper class and AC III of Begumpura Express going to Jammu Tawi is regressed on 29th May. Passengers are troubled by the waiting list in AC second and AC first also. 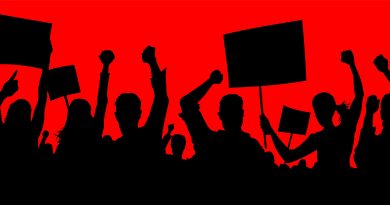 Demanding to restore old pension, state employees threaten to up the ante