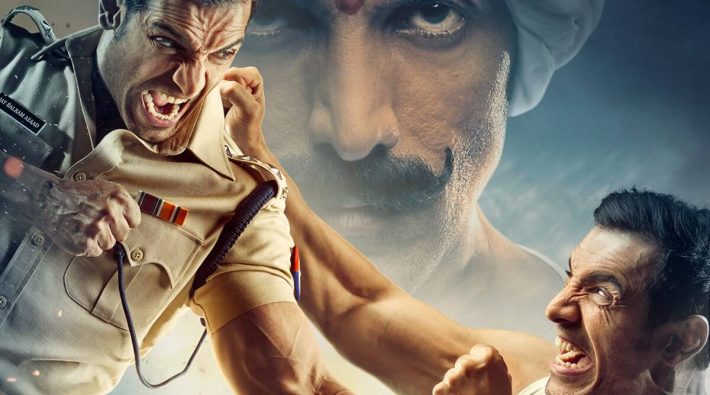 Mumbai: Sony MAX is all set to raise the temperature this summer with the World Television Premiere of the hottest film of the season, Satyamev Jayate 2. Synonymous to power packed action entertainers John Abraham returns as the famed Satya in the hit action-drama helmed by Milap Zaveri and Divya Khosla Kumar in a pivotal role who returns in front of the camera after 17 years.

It is John VS John in this film as the season actor returns to his favourite action genre in a high octane triple role a rarity especially in the past decade of cinema. Sequel to the 2018 Satyamev Jayate, Satyamev Jayate 2 is a John Abraham show through and through with the action hero rocking an enticing triple role of a vigilante, a police officer and a father, as he sets out on a mission to see a corruption free India. However, the vision of a corruption free India is filled with roadblocks as enemies and wrong doers are spread across verticals in society from police, to politicians, industrialists and even common men. Will Satya prove successful in his fight against corruption and abuse of power?

Initially hesitant to play the third role of the father, John Abraham does justice and teleports us to a different era as he dons the hat of a herculean farmer much different from the real life people he is known to portray on screen. With comparisons made to the Hulk, sprained wrists and back injuries due to the high octane action sequences, John’s macho heroism reflects in the most lavish yet subtle ways owing to his expertise in the action genre.Paying an homage to the 80s films Milap Zaveri captures the commercial grandeur of Satyamev Jayate 2 with adrenaline filled fight sequences, powerful dialogues, and pacey music.

Hustle se Hasil: Siddhant Chaturvedi thanks everyone who was there with him in his journey so far