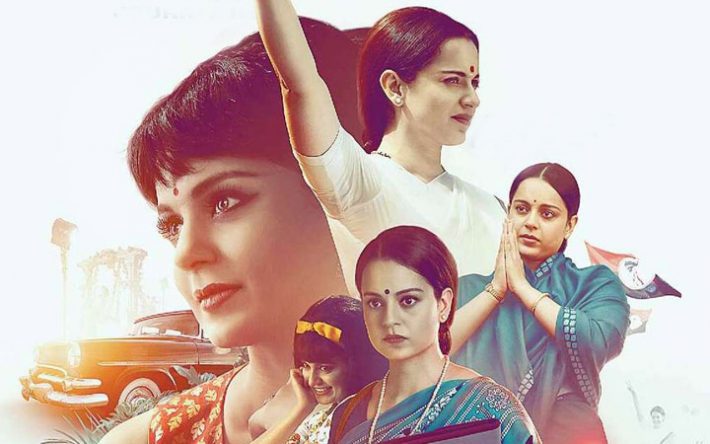 Mumbai: This weekend entertainment will be served with a dash of inspiration and the fiery flair of Kangana Ranaut. &pictures brings to you her flawless performance in Thalaivii, as she impeccably pulls off the Himmat and daring attitude of one of the most iconic and strong female leaders of our country, Jayalalithaa.

Thalaivii is a complete rollercoaster ride with challenges and thrilling wins of a fearless personality, on her path to head on facing her adversaries and becoming country’s beloved Amma. Don’t forget to catch a tale of perseverance and determination on your TV screen with &pictures premiere of Thalaivii on 27th February, at 8pm.

A directorial marvel by A. L. Vijay, ‘Thalaivii’ brought out significant aspects of Jayalalithaa’s life. Returning to the screen after a long time, Bhagyashree steps in as her mother, a guiding torch, to Jayalalithaa, along with the talented artists such as Arvind Swamy and Raj Arjun in pivotal roles.

Talking about her role, Kangana Ranaut said, “Jaya Amma lived her life beyond the usual box of reality, and I really hope to imbibe some of her qualities in my own life. Some characters compel you to take on the challenge and playing this one was one of them. When I take up roles, I make sure I give my all, I surrender myself to it and let it take the lead. For Thalaivii, I have worked the hardest to do justice to the legendary woman that she was. For a dance that had minimum screen time, I put months into owning the dance form like her. Retaining the determination and persistence derived while working on this film, I’m really keen for the &pictures premiere of Thalaivii and live it all once again.”

Talking about the film, Bhagyashree said, “Some stories deserve to be told and this was one of them. Being a part of a film about an enduring personality, Jayalalithaa ji, with characters surrounding her inspiring journey is a huge responsibility. Every character in the film has a solid reason to be there and each actor has done a wonderful job of essaying their roles. There is a preconceived notion about the character you’re playing, you just cannot go wrong with the mannerisms and little things they did to preserve a bona fide image. I’m really grateful that I got to work with artists that put authenticity their first priority on set like Kangana, Arvind and Vijay sir who made it all possible.”
Thalaivii narrates the inspirational journey of the most powerful politicians in the history of India- Jayalalithaa. Soaring to a height, attaining power to defend and fight for her people, she commanded a male dominated society and political environment. The film encapsulates her influential persona and exceptional journey.

CAIT lands a big blow on Amazon calling for action