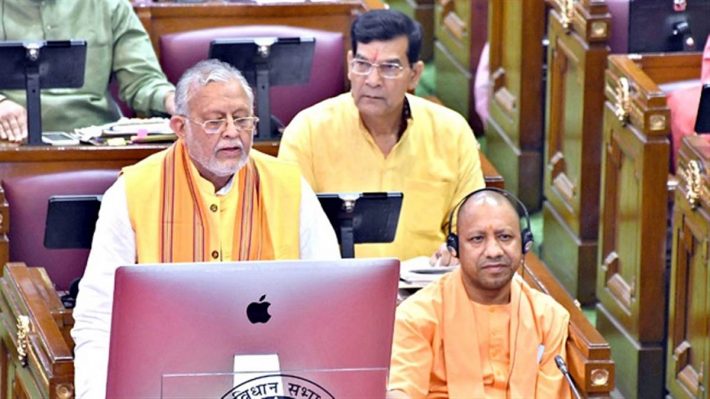 Lucknow: The Uttar Pradesh government has presented this year’s budget. The Chief Minister of the state has given many new and useful resources to the state. CM Yogi Adityanath has made many announcements. Along with this, the first budget of about Rs.6 lakh 15 thousand crore was presented in the legislature for the financial year 2022-23. Finance Minister Suresh Khanna has presented the budget. In the budget, the state’s security system, women’s security, youth jobs, agriculture were focused in all sectors.

In the budget of this financial year, the Yogi Adityanath government of Uttar Pradesh has increased the amount of reimbursement by the state government to ASHA workers and urban ASHA organizations. A budget arrangement of Rs 300 crore is proposed in this.

Presenting the budget, Finance Minister Suresh Khanna said that this year a target has been set to establish Khelo India Center in 75 districts of the state. The Finance Minister said that ‘About 94 thousand metric tonnes of wheat have been purchased till April 25, 2022 by setting up 5608 purchase centers in the state to provide the benefit of minimum support price to the farmers.’

Mayor Sanyukta Bhatia does a recce of Tilakeshwar Mahadev temple vaccination centre, motivates people to get a jab