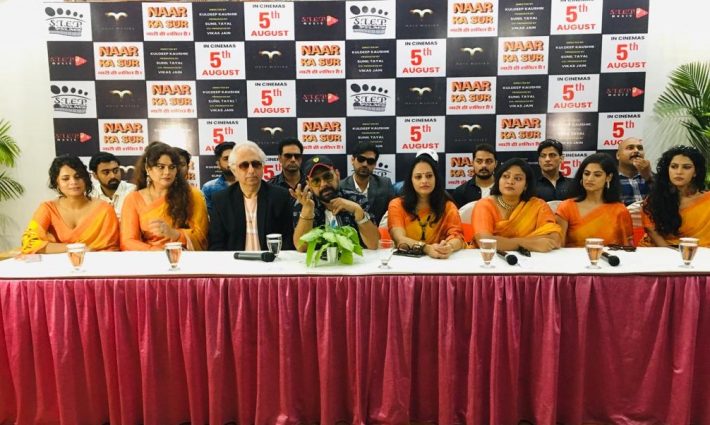 • The film will be released in theaters on August 5

Director Kuldeep Kaushik told that this film will be released in theaters on August 5. He informed that the film revolves around 12 women who struggle to get justice in the country. The film has music by Devanjan Guha and Krishan Lal Chandani of Swaroop Nagar. The duo has appeared in many stage and TV shows.

Filmmaker Sunil Tayal says the story of the film will have a strong message of women empowerment that women can overcome any challenge that comes their way. He told that 12 women who play the lead roles in the film have been selected from different parts of the country.

The film is written and directed by Kuldeep Kaushik and produced by Sunil Tayal and co-produced by Vikas Jain. The music of the film has been sung by Malini Awasthi and Somnath Bhowal with background score. At the same time, Akshita Gupta of Delhi, Pooja Verma of Uttar Pradesh, Gangaram Sahu and Arjun Krishna etc. will be seen in the film.

Newly inducted faces in Yogi cabinet have their task cut out, portfolios allotted

Lucknow working on a crack team to end COVID jinx