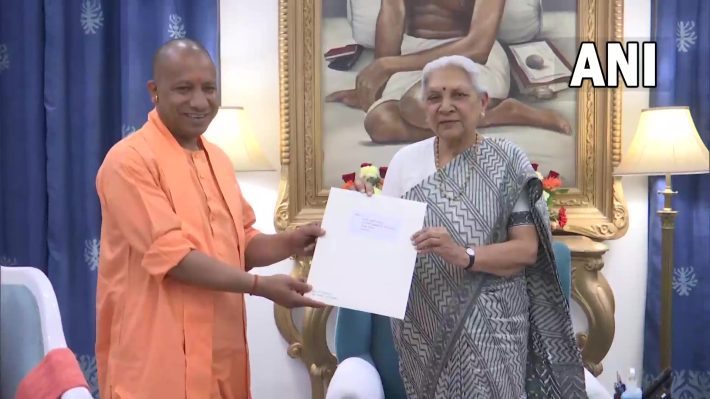 Lucknow: Yogi Adityanath has been elected as the leader of the legislature party in the meeting of the BJP Legislature Party held at Lok Bhavan in Lucknow, the capital of UP. With this, he will take over the chair of the Chief Minister of UP for the second time in a row.

After the meeting of the BJP Legislature Party, the leader of the legislature party, Yogi Adityanath, reached the Raj Bhavan and presented his claim to form the government before Governor Anandiben Patel. Several senior party leaders were also present during this. Earlier, the BJP along with allies submitted the letter to the Governor to form the government with support.

Along with this, Yogi Adityanath will take oath as the Chief Minister of the state for the second time at 4 pm on Friday. Earlier, UP’s caretaker CM Yogi received Union Home Minister Amit Shah at Lucknow airport. During this, State BJP President Swatantradev Singh and Keshav Prasad Maurya were also present. Amit Shah has reached Lok Bhawan from the state BJP office.