Lucknow: Uttar Pradesh Chief Minister Yogi Adityanath has finally expanded his cabinet in the state government. Expanding his cabinet on a Sunday evening he has inducted seven new ministers.

Leading the new inductees is as per speculation, Jitin Prasada who was inducted as a Cabinet Minister while six others — Chhatrapal Singh Gangwar, Paltu Ram, Sangita Balwant, Sanjeev Kumar, Dinesh Khatik and Dharmvir Singh have been administered the oath of office as the Ministers of State (MoS). Now the strength of the Uttar Pradesh Cabinet has gone up to 60.

Jitin Prasada is an important Brahmin face in the Yogi government. He is a turncoat who jumped ship from Congress to BJP earlier this year amid the saffron party’s internal worries about thin representation of the community in the party.

Speculations of a cabinet rejig have been rife since June. BJP’s Uttar Pradesh in-charge, Radha Mohan Singh, had said though there were vacant posts, it is CM Adityanath’s prerogative to fill them as and when he likes to.

The BJP with a revamped cabinet will enter the polls which is slated for next year in February, under the leadership of CM Adityanath.

In an interview the party has clarified that it is all set to contest the election under Yogi Adityanath. In the 2017 UP Assembly polls, the BJP had won 312 seats out of the 403 seats. Its ally Apna Dal (Sonelal) had won nine seats. 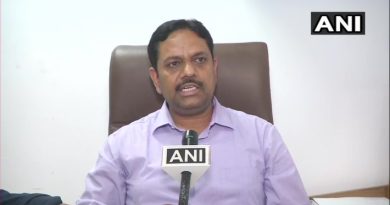