On the instructions of CM Yogi, UPCIDA will conduct road shows in 8 divisional headquarters from January 15 to February 2.

Will be organized in collaboration with industrial organizations, preparations started

Lucknow / Kanpur: The efforts of the departments have intensified to fulfill the resolve of CM Yogi to take the size of the economy of Uttar Pradesh to one trillion dollars. In view of the proposed Global Investors Summit to be held in Lucknow from February 10 to 12, road shows will now be organized at divisional headquarters to sign MoUs with entrepreneurs, businessmen and industrial groups willing to invest.

The road show will be organized by the UP State Industrial Development Authority (UPCIDA). After achieving the investment target of more than one lakh crore rupees, the authority has decided to organize road shows at the divisional headquarters on the instructions of CM Yogi. Industrial Development Minister Nandgopal Nandi will be the chief guest of each road show.

The UP State Industrial Development Authority (UPCIDA) was given a revised investment target of Rs 1 lakh crore. This goal has already been met. All the big industrial groups have signed MoU with the authority management for investment. UPCIDA’s Chief Executive Officer Mayur Maheshwari says that UPCIDA’s industrial areas have a land bank of more than 15 thousand acres. So far, we have signed MoUs with various institutions involving investment of Rs 85 thousand crore. We have received proposals for investment of more than one lakh crore rupees.

Road shows will be organized here 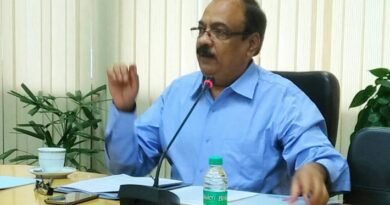 Allu Arjun’s Pushpa: The Rise wins it big at a recent Award show