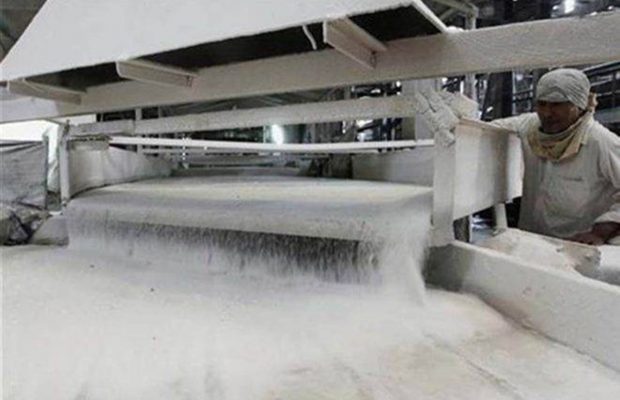 Lucknow: Efforts rolled out by the Yogi Adityanath government are set to enhance the sweetness of sugar in the state and also to the families of more than 50 lakh sugarcane growers of Uttar Pradesh. For this, a complete strategy has been prepared for the next five years in Yogi 2.0. In this holistic strategy, modernization of mills, distillery plants, production of sulphur-free sugar to increase sugarcane yield to area and sugar production will be done in a phased manner.

In this sequence, the State Government has prepared an action plan for the upgradation of 14 sugar mills of Uttar Pradesh Co-operative Sugar Mills Federation Limited in a phased manner. It will cost a total of about Rs 480 crore. The first phase is to modernize Aligarh’s Satha, Sultanpur and Maharajganj-Notanwa in 2022-2023. The modernization of these three mills is estimated to cost around Rs 95 crores.

In the second phase (2023-2024), the government will spend Rs 105 crore for the modernization of Bilaspur in Kasganj, Seemakheda in Bareilly and Puranpur sugar mills in Pilibhit. In the third phase 2024-2025, the sugar mills of Ghoshi of Mau, Mahmudabad of Sitapur, Bisalpur of Pilibhit and Badaun are to be modernized.

Similarly, in the final phase of the five-year action plan, the upgradation of sugar mills at Kayamganj in Farrukhabad, Morna in Muzaffarnagar, and Tilhar in Shahjahanpur and Baghpat is to be done. The government will spend Rs 140-140 crore on the eight sugar mills to be modernized in the subsequent two phases.

Distillery units will be set up in three mills

Similarly, in a phased manner, three mills of Uttar Pradesh State Sugar Corporation Limited, Pipraich in Gorakhpur, the distillery at Mohiuddinpur in Meerut and Burhwal Chini Mill in Barabanki will have a cogen plant, sulfurless plant and distillery. In these three, the contribution of the State Government and the Center will be 30 per cent contribution and 70 per cent loan respectively. A multi-feed distillery sugar complex will also be set up at Chhata Mathura at a cost of Rs 550 crore.

Apart from the modernization of mills, the government has set a target of increasing sugarcane productivity from 81.5 tonnes to 84 tonnes per hectare in five years. In the same period, the target of increasing sugar fall from 11.46 per cent to 11.56 per cent has also been set. Promotion of sugar tourism through sugarcane and its by-products, Sugar Museum at Ganana Kisan Sansthan, the establishment of sales centres for sugar mills produced by union and corporation mills and organization of Gur Mahotsav every year are other programs.

Record payment of more than Rs 1.75 lakh crores made to sugarcane farmers

It is known that the welfare of farmers has been the top priority of Chief Minister Yogi Adityanath since his first term. This is possible only when about 50 lakh sugarcane growers of the state are happy. In view of this, unprecedented work was done in the first term of the Yogi government. For example, there was a record payment of dues of sugarcane farmers. If we look at the payment figures, the state government has set a new record by paying more than Rs 1.75 lakh crore since 2017.

The crushing capacity of Ramala (Bagpat) is 2,750 TCD. to 5,000 TCD A 27 MW co-generation plant was set up. In the cooperative sector, 50 lakh quintals of bio-compost were made available to the farmers with the capacity to produce 200-kilo litres of ethanol per day. During its first term, the Yogi Sarkar approved 2,500 TCD of Mohiuddinpur (Meerut) sugar mill.

Expansion of crushing capacity to 3,500 TCD and setting up of 15 MW cogen plant and operated it from the crushing season 2017-18. In Pipraich (Gorakhpur) and Munderwa (Basti), new sugar mills of 5,000 TCD capacity, sulphur less plant and 27 MW cogen plant were established and the crushing season was made operational from 2020-21. In the previous governments where not a single license of Khandasari was issued for 25 years. At the same time, the Yogi government gave licenses to 270 Khandsari units and it also provided employment to 50 thousand people.