Lucknow : To turn Uttar Pradesh into a cleaner and greener state as envisioned by Chief Minister Yogi Adityanath, a massive cleanliness drive under the ‘Swachh Bharat Mission Urban’ will be organised throughout the state covering 750 civic bodies in 75 districts for 75 hours from December 1.

Under the sanitation campaign, there is a plan to convert ‘Garbage Vulnerable Points’, the ‘sensitive sites’ in terms of garbage collection in about 750 civic bodies of the state, into clean places. In order to speed up this campaign, instructions have been issued by the Municipal Directorate of Swachh Bharat Mission to all the Municipal Commissioners through a letter to fulfill the objective by undertaking the campaign within the time limit. These places will also be beautified after cleaning with many to be developed as selfie points.

Instructions issued to all municipal bodies

The letter titled ‘Pratibadhh 75 districts, 75 hours, 750 civic bodies’ gives out all the guidelines related to the campaign. To mark the last month as India celebrates 75 years of independence, the campaign is being started on December 1 by the Swachh Bharat Mission-Urban.

The campaign also aims at creating awareness about cleanliness among people. For this, necessary resources and work will have to be ensured by identifying the garbage vulnerable points. The officials have also been instructed to ensure that the closing ceremony of the campaign is organized under the guidance and chairmanship of the District Magistrate.

Under the campaign, all the urban bodies are expected to re-mark all the Garbage Vulnerable Points in their respective areas. From December 1 to December 3, such sites will be eliminated permanently. The garbage received from the eliminated Garbage Vulnerable Points will be segregated as wet and dry waste, which will further be disposed and treated. The officials have also been instructed to maintain a record of the collections such as plastic, bottle and glass wastes after its assessment.

After the campaign, high-quality and geo-tagged photos of Garbage Vulnerable Points (before and after elimination) will be made available by the civic bodies on the email of State Mission Directorate, Swachh Bharat Mission (Urban). The government has also directed officials to ensure videography of the activities undertaken under the ‘Pratibaddh 75 Districts, 75 Hours, 750 Bodies’ campaign.

The District Coordinator and District Programme Manager working at the district level will play an important role in the Swachh Bharat Mission Urban along with the officers/officials of the cleanliness cadre for editing the campaign. The public will be made aware through community participation.

All the GVPs will also be beautified and turned into either selfie points with space for senior citizens, or the place will be allotted to street vendors.

Top 3 civic bodies to be awarded

The best performing bodies in the ‘Pratibaddh 75 Districts 75 Hours 750 Bodies’ campaign will be rewarded at the state level under 5 sub-categories based on population in 3 main categories namely Municipal Corporation, Municipal Council and Nagar Panchayat. The winning bodies in each category will be presented as ‘models’ for others. 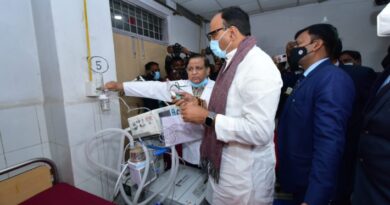 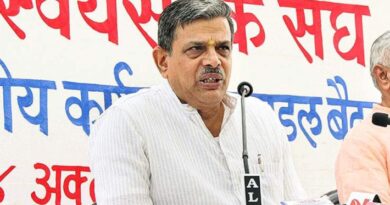 On 7 day visit to U.P., Dattatreya Hosabale to discuss roadmap for 2024 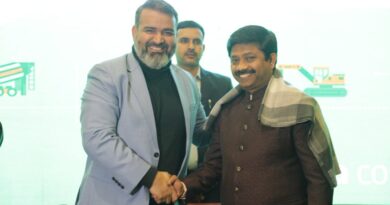