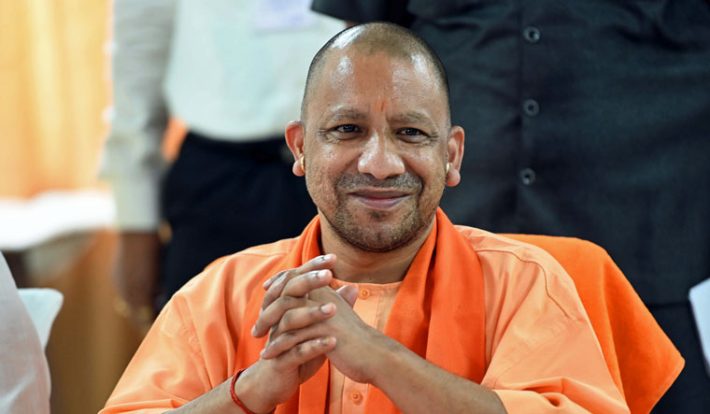 Lucknow: The Uttar Pradesh Government led by Chief Minister Yogi Adityanath has decided to revitalise the Provincial Guard Team known as Provincial Rakshak Dal (PRD), which is doing remarkable work in the areas of establishing communal peace and harmony as well as preventing crime in rural areas of the state.

The Yogi Government has announced that it would not only give more facilities and increase daily allowances of the jawans of the team, but also strengthen the team by inducting more youths into it and giving them more responsibilities than they are currently handling.

The Provincial Rakshak Dal, which was formed in the year 1947, aims at strengthening the youth movement in rural areas to groom a disciplined, self-reliant and responsible younger generation.

It is worth mentioning here that CM Yogi has time and again reiterated his Government’s determination to  strengthen the PRD and Mangal Dal. At present, the total number of trained PRD jawans across all the districts of the state is 43,835 of which 30,004 are currently active. Of the 30,004 active jawans, 28,054 are males and 1950 females.

The PRD personnels’ daily allowance was earlier increased from Rs 375 to Rs 395 and the Government plants to increase it further. The details of a total of 31,294 jawans and information related to payment of allowances to them as well as their district-wise duties are available on the department’s website.

According to the departmental action plan,  20,000 PRD personnel will be put on duty every month in the next 100 days, which will be increased to 22,500 per month in the next two years and to 25,000 per month in five years. In the next 6 months, 1400 youths will be selected for enrollment in PRD while approval for the proposal for training of PRD jawans sponsored by the National Defense University, Gandhinagar, Gujarat would be sought.

In addition to enhancing income of the PRD Jawans, the Government also plans to cover them under Pradhan Mantri Accident Insurance Scheme and Pradhan Mantri Jeevan Jyoti Insurance Scheme Bima Yojana and construct barracks and accommodation facilities for them on the premises of the departmental headquarters in Lucknow in the next five years.  The Government will also impart advanced arms training to the jawans and modernise weapons available with the department.

The State Government has also decided to set up a PRD agency in the private sector, which will be funded by private resources in the next couple of years. Furthermore, the Yogi Government will complete construction of the PRD Central Training Institute on the departmental land in Lucknow in two years.

In the last five years, the Yogi Government has contributed to the Welfare Fund for PRD Jawans while giving them uniform, conducting band activities and monthly parade as well as holding Provincial Rakshak Dal Foundation Day celebrations.

U.P Gets due in Modi Cabinet