Lucknow: Chief Minister Yogi Adityanath has said that at least three employees should be deployed for the operation of each oxygen plant. Also, all Integrated Covid Command Centers should be kept in active mode for 24 hours. He gave these instructions in the high level Team-9 meeting. He said that so far 551 oxygen plants have become functional in the state.

With proper implementation of the policy of tracing, testing, treatment and vaccination, the situation of Covid in the state is under control. In the last 24 hours, in the investigation of more than 1.97 lakh samples, a total of 38 new infected people were confirmed. In the same period, 20 people were treated and became corona free. On Saturday, the total number of active Covid cases in the state is 282, while 16 lakh 87 thousand 677 patients have defeated Corona.

The Chief Minister said that the cases of Covid are increasing in various states of the country. However, at present there is not a single active case of Omicron in the state. According to the last day’s genome sequencing report, the Omicron variant has been confirmed in one infected in the state. Although it is satisfactory that she too has now become Covid negative. Along with this, the report of RTPCR test of all their 13 primary and 70 secondary contacts has also come negative.

He directed to continuously monitor the health of all of them and to continue the work of genome sequencing. The Chief Minister said that the police force should patrol continuously to ensure strict compliance of the statewide night corona curfew. Employees of industrial units operating only at night should be allowed to move. 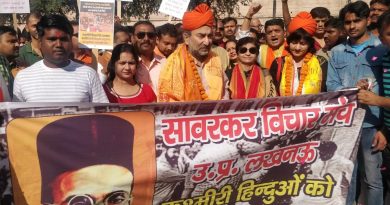