Lucknow: Samajwadi Party President Akhilesh Yadav has said that he will form the government with the support of the ally Mahan Dal and will conduct a census on the basis of caste so that it can be clear what is the number of backwards. Akhilesh Yadav was speaking at the workers’ conference at the SP headquarters. Akhilesh also said that if he comes to power, he will conduct an inquiry into the deaths during the Corona period. Leader of the Mahan  dal Keshav Dev Maurya said that he may merge with the SP to defeat the BJP. Based on the guidelines of the Supreme Court, the dependents of those who lost their lives from Corona will be helped. Reiterating the demand for caste census, he said that if the central government does not do this, then after the formation of the SP government, the caste count will be done in UP so that social justice can be implemented well.

For this, people will be counted by setting up 200-250 telephone lines. Targeting the BJP, he said that the BJP pretends to be sympathizers of backwards. They are being given ministerial posts at the time of elections. But everyone knows the reality. In the assembly elections, these backward and dalit castes will neutralize the rise of the BJP with sticks of votes. BJP snatched this opportunity from the 1700 people whom we gave jobs in police recruitment, by changing the rules of reservation. When the government is formed, justice will be done to them, all the work of the workers of the great party will be done.

Taking a jibe at the Chief Minister, Akhilesh said that a Yogi is one who considers the sorrow of others as his own. Not that he should use unparliamentary language like thok do. Nothing can be said about their language and knowledge. They talk about DNA, while knowing nothing about it. They do not like development. Describing Keshav Dev Maurya, the president of the great party sitting next to him, the SP president said that the others are fake. Because of them, there are only potholes on the roads. The BJP has panicked ever since we talked about winning 400 seats.

Mahan Dal President Keshav Dev Maurya said that we can also merge our party with SP to stop the BJP. We will benefit the SP by causing a loss of 10 thousand to 15 thousand votes to the BJP in every assembly constituency. The workers of Mahan Dal and Maurya, Shakya Saini, Samaj together will form the Samajwadi Party government under the leadership of Akhilesh Yadav in Uttar Pradesh. National Vice President of Mahan Dal, Suman Shakya, State President of SP Backward Classes Cell, Dr. Rajpal Kashyap also addressed the august gathering.

Will Akhilesh Yadav be able to stitch his flock together remains the larger question?

BJP optimistic of winning in the elections of 2022 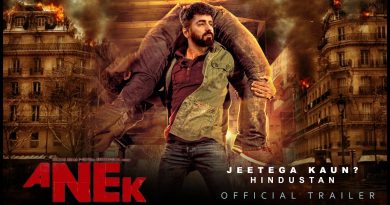