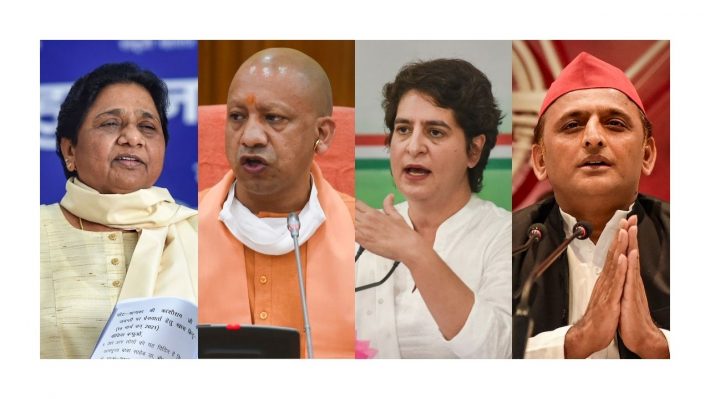 Lucknow: After days of speculation around what the U.P election schedule will look like, the Election Commission has finally announced the dates of assembly elections in five states including Uttar Pradesh, Uttarakhand and Punjab. Election Commission has announced the election of 5 states including Uttar Pradesh. The term of the Uttar Pradesh Legislative Assembly is ending on 14 May 2022. Before May 14, in any case, the assembly and the new government should be formed.

The Election Commission has said that elections will be conducted in 7 phases in Uttar Pradesh. Voting will be done from February 10 to March 7. The results of the Uttar Pradesh assembly elections will be out on March 10. The first phase of polling in UP will be held on February 10, 2nd phase in 14th February, Third phase is on 20 February, Fourth phase is on 23 February, Fifth phase is on 27 February, 6th phase on March 3, Seventh phase on 7 March and counting on 10th March. Phase I covers 58 seats. The date of notification is on 14th January. January 21 is last date for nomination and voting is scheduled for February 10.

Covered in this phase will be 11 districts – Ghaziabad, Bulandshahr, Mathura, Agra, Gautam Budh Nagar (Noida), Shamli, Muzaffarnagar, Baghpat, Meerut, Hapur, and Aligarh. Phase II will cover 55 seats. The starting date of nominations for this phases will be January 21. The last date for nomination will be 28 january. The voting on February 14 will cover 9 districts – Saharanpur, Bijnor, Amroha, Sambhal, Moradabad, Rampur, Bareilly, Badaun, Shahjahanpur. Phase III covers 59 seats where notification will come on 25 January and last date of nomination will be on February 1.

In the 7th Phase that covers 54 Seats the nominations start on February 10. February 17 is slated to be the last date of nomination. Voting will happen on March 7 covering 9 districts – Azamgarh, Mau, Jaunpur, Sant Ravidas Nagar, Varanasi, Mirzapur, Ghazipur, Chandauli and Sonbhadra

‘The Kashmir Files’: Introducing Darshan Kumaar as Krishna Pandit in the motion poster of the exodus drama!

It is a great learning working with the great Ramesh Sippy: Sahil Sultanpuri