Kanpur: The fourth convocation ceremony of Harcourt Butler Technical University was held under the chairmanship of State Governor and Chancellor  Anandiben Patel. Addressing on the occasion, the Governor extended best wishes for a bright future to all the students who received the degree to achieve success in their future life.

Describing the convocation ceremony as a day of special achievement in the life of the students, the Governor said that after getting education from the university, their social life will start from where they will be able to make practical use of this education. Describing education as the basis of the highest development of character traits, she said that this is the education that comes from the initial knowledge and culture received from the parents at home. The Governor said that now the aim of educational institutions is not only to prepare educated youth but also to prepare such employers who can fulfill the aspirations of the next generation.

She said that educational institutions have to promote entrepreneurial thinking. Describing the need for a new national policy in higher education, she said that this would promote employment-oriented education in the country. In the new National Education Policy-2020, the courses in universities have not only been linked with jobs, but attention has also been paid to provide self-reliant, qualified and culture-based education.

She expressed satisfaction over the efforts being made by the university in this direction. Motivating the students for self-employment, she pointed out that there are many schemes of the state and central government, taking advantage of which they can start their own startups. She said that our youth should not be job takers but job creators.

In his address, the Governor emphasized on the need for NAAC evaluation in universities for quality improvement and expressed hope that HBTU will also get high ranking in the evaluation by making preparations to provide quality education as per NAAC standards. The Governor said that the university should expand its work with latest researches in promoting quality and technical research. He expressed happiness over last year eighty percent students getting employment benefits and getting selected in world famous companies.

Drawing the attention of the students towards climate change, the Governor also discussed about environmental protection, tree plantation and water conservation. Today’s program was inaugurated by the Governor with “Jal Bharo” program. The Governor gave the message of water conservation by pouring water in a pot. He said that as much water is used by the universities throughout the year, they should make effective efforts to conserve that much water.

In the programme, the Chancellor and the Governor distributed inspirational books and fruits to 30 students of Primary School Baiji Ke Bagh Azadnagar, Kanpur. The chief guest and ex-MD Bank of Baroda Dr. Anil Kumar Khandelwal, an alumnus of the university, shared his experiences with the students and wished them all the best for the future. State’s Technical Education Minister  Ashish Patel, the special guest at the ceremony, congratulated the students.

On this occasion, Vice-Chancellor Prof. Samsher presented the progress report of the university and motivated the students for success in future life by working with excellent contribution and dedication. 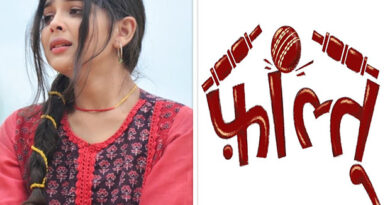 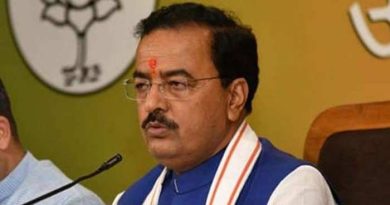