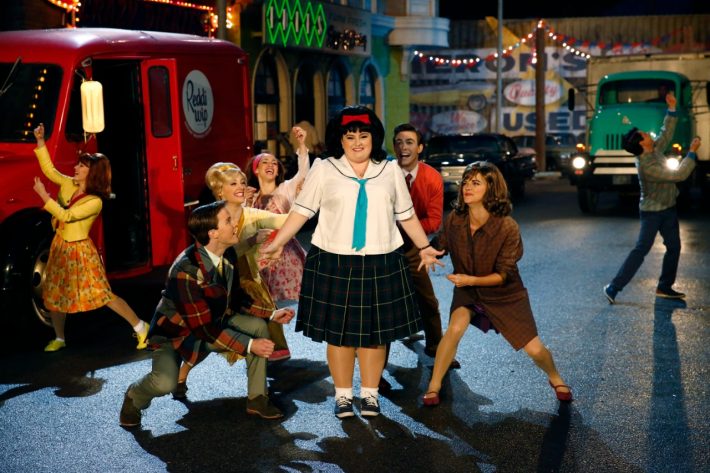 Mumbai: Zee Theatre, in keeping with its credo of curating quality content from around the world for the Indian audience, now brings the smash hit musical ‘Hairspray Live!’ to Indian television. This live version, to be screened on TataPlay Theatre on 26th June at 2 pm and 8 pm respectively, was watched by over nine million viewers and went on to win three Emmy awards in 2016.

‘Hairspray’ is a celebration of human potential and the story of joyous defiance in the face of racial inequality and discrimination and has been adapted multiple times for the big screen and stage. With two superhit film versions in 1988 and 2007 and a multiple Tony-winning Broadway musical in 2002, this tale continues to resonate with multiple generations. In 2008, another production at London’s West End won four Oliviers.

‘Hairspray Live!’ revisits the Baltimore of the 60s where we meet Tracy Turnblad, a small-town girl who becomes an overnight success after appearing on a TV dance show. The story goes on to show how she deals with her sudden popularity and the inequality she sees in the entertainment world. Directed by Kenny Leon and with a score by Marc Shaiman and Scott Wittman, the musical boasts a dream cast including marquee names like superstar Ariana Grande and EGOT winner Jennifer Hudson.

Says Shailja Kejriwal, Chief Creative Officer – Special Projects, ZEEL, “Certain stories have a core of truth, authenticity and joy that makes them relatable across generations and diverse milieus. Even though ‘Hairspray’ is set in 1962’s Baltimore, we can all identify with young Tracy Turnblad. Like her, all of us at some point have wanted to transcend judgment and limitations to realise our dreams. Like her, we too have wanted to stand up against racial discrimination and to sing, dance, and celebrate life like no one’s watching! This story, regardless of its geographical context, is about human aspiration and the dream of a more equal world. I am sure the Indian audience will love it.”

Pushkar Singh Dhami back to Roots